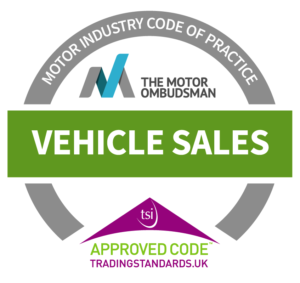 The Vehicle Sales Code provides comprehensive guidelines for businesses on nine different areas, spanning the use of transparent wording and the supply of clear documentation, to the provision of accurate advice on warranty and finance products. The Code was introduced following the arrival of two significant pieces of legislation in 2015, namely the Consumer Rights Act and the Alternative Dispute Resolution (ADR) Regulations, which saw motorists becoming more aware of their rights. This led to a growing number of enquiries in relation to a vehicle purchase.

In fact, the decision to launch the Vehicle Code in September 2016 resulted in The Motor Ombudsman seeing a 171% increase in the number of consumer contacts and a 756% uplift in cases compared to the year before. Significant demand from consumers for dispute resolution in this area continues to remain robust, and the Vehicle Sales Code has received the largest volume of contacts and cases from consumers every year since its introduction.

Between 2016 and 2021, over 100,0000 consumer contacts have been received in relation to the Code, of which around 80% so far this year have been the result of a problem with a used vehicle. During the same period, more than 11,000 cases, with an average consumer claim value of around £8,400, were passed to The Motor Ombudsman.

Over 50% of consumer disputes falling under the Vehicle Sales Code has consistently been the result of a breach concerning the inferior quality of a new or used vehicle supplied at the point of purchase – either it was not fit for purpose, or the seller of the car had not met their legal obligations to the consumer. Inadequate aftersales support to the customer, and inaccuracies in advertisements have also been some of the largest issues raised by consumers during recent years. 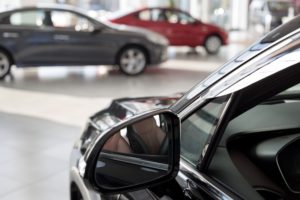 Since the unveiling of the Code in 2016, thousands of businesses across the UK, including some of the country’s largest dealer groups, and independent vehicle retailers, have committed to abide by the guidelines stipulated by the Vehicle Sales Code, giving consumers all-important peace of mind that these businesses are meeting high standards of service and work beyond those required by law. All are listed on The Motor Ombudsman’s popular online Garage Finder, alongside ratings and reviews from motorists who have used them to make a vehicle purchase.

Bill Fennell, Chief Ombudsman and Managing Director of The Motor Ombudsman, said: “The automotive retail sector in the UK has changed significantly since the Vehicle Sales Code was first introduced in 2016. In fact, the last five years has seen the industry navigate periods of both buoyant and depressed car sales, as well as uncertainty and unprecedented challenges brought about by Brexit and the COVID-19 pandemic. However, one common factor has remained, which is that there has been a consistently high level of demand from consumers for a specialist and free automotive dispute resolution service to conclude a dispute brought about by a new or used car purchase. This thereby reaffirms that our decision to introduce a Code of Practice in this area five years ago was the right one.”

Bill added: “Turning our attention to the next five years, we will be looking to expand the scope and reach of the Vehicle Sales Code in line with the evolution of the fast-changing automotive landscape. This is so as to ensure that it continues to meet both the needs of consumers, and businesses operating in the motor industry.”

In conjunction with the five-year anniversary of the Vehicle Sales Code, The Motor Ombudsman has released a thought leadership paper exploring the vehicle sales dispute trends seen during the first six months of 2021, as well as the outlook for the vehicle retail sector during the remainder of 2021.

About The Motor Industry Code of Practice for Vehicle Sales

Launched in September 2016, the Motor Industry Code of Practice for Vehicle Sales focuses on the sale of both new and used cars at an accredited garage, dealership or used car outlet, as well as the supply of finance and warranties. It covers areas, such as the use of transparent wording of advertising and pricing, clear and transparent invoicing, and that the sale of a used car is supported by a vehicle provenance check to ensure that it has not been stolen, written-off and is free of any outstanding finance payments. Businesses accredited to the Vehicle Sales Code can be found on The Motor Ombudsman’s Garage Finder.

For a detailed year-on-year breakdown of figures relating to consumer contacts, cases and breaches of the Vehicle Sales Code, please refer to The Motor Ombudsman’s Independent Compliance Assessment Reports for the period 2016 to 2020 at TheMotorOmbudsman.org/useful-information/media-publications/reports/independent-compliance-assessment-panel-reports-icap.