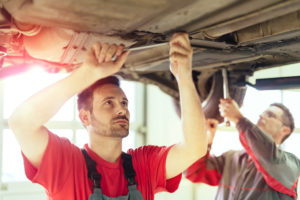 The Motor Ombudsman, the Ombudsman dedicated to the automotive sector, has reported that faults and failures associated with a drivetrain component of a vehicle were the cause of the majority of service and repair disputes submitted by consumers to its Alternative Dispute Resolution (ADR) service during the first quarter of 2021.

Where a customer specified the mechanical part they deemed to be the problem, more than half (58%) were related to the vehicle’s drivetrain, a minimal decrease on last year’s figure of 59% for the same January to March period. Within the drivetrain category, the intake manifold was the biggest area of concern with nearly a fifth (18%) of individuals stating that they had a problem with this component, taking over from the timing chain, which was the main bone of contention during the opening quarter of 2020. Issues with the car’s battery (7%), turbo (7%) and oil pump (7%), which included quality concerns and failures, contributed to just over 20% of the drivetrain-related disputes which were logged with The Motor Ombudsman at the beginning of this year.

Concerns with a car’s exterior were the second largest source of service and repair disputes brought to The Motor Ombudsman by consumers at 18% overall. Mirroring the trend at the start of the 2020, the quality of the paintwork emerged once again as the most significant bodywork problem in the first quarter of 2021. However, it encouragingly accounted for a smaller percentage of the concerns raised by consumers in this category, down from 41% in the first three months of 2020, to 27% for the same period this year.

Tyres were the principal driver of the chassis issues reported by consumers, making up 42% of complaints in this category versus 69% in the opening quarter of 2020. This component failing and not being fit for purpose were amongst the reasons for customers filing a complaint, with alloy wheels leading to a further 23% of chassis disputes that were brought to the attention of The Motor Ombudsman between January and March 2021, up from 16% a year earlier.

From the individuals who specified their preferred form of resolution to bring their dispute to a close, over a third (37%) requested a full refund for a service, or repair work that had been carried out on their vehicle, with more than a quarter (29%) wanting a free-of-charge repair to put right perceived diagnosis or workmanship issues. Furthermore, the average consumer claim value for a service and repair dispute stood at just over £2,000 in the first quarter, up around £450 from the figure seen during the opening months of 2020.

Bill Fennell, Chief Ombudsman and Managing Director of the Motor Ombudsman, said: “With a car made up of a multitude of components and moving parts, the service and repair complaints that we receive from consumers vary significantly in both their scope and complexity. Identifying the key trends of what is causing disputes across our Codes of Practice, and sharing what we are seeing across the automotive sector, is one of our main roles as an Ombudsman. This ultimately allows us to feed back this data to the industry and help our accredited businesses to make further improvements with their products, services and processes for the benefit of consumers.”

For more information on The Motor Ombudsman’s Motor Industry Code of Practice for Service and Repair, visit TheMotorOmbudsman.org/consumers/our-codes-of-practice/service-repair-code. 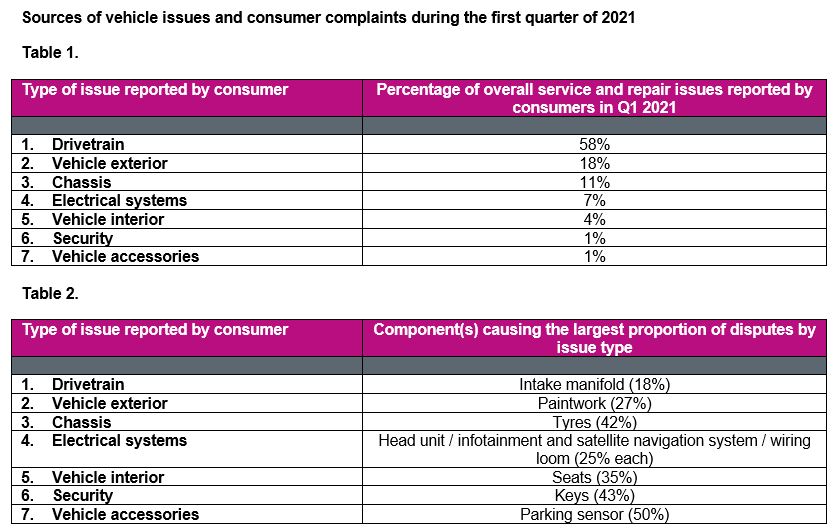