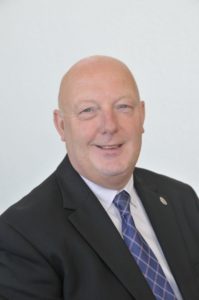 The Motor Ombudsman, the Ombudsman dedicated to the automotive sector, is pleased to announce the appointment of Ron Gainsford OBE as Chair of its Board of Directors with immediate effect. Ron has served on the Board as a Non-Executive Director of The Motor Ombudsman, and its predecessor Motor Codes since 2013. He succeeds outgoing Chair Mike Hawes, Chief Executive of the Society of Motor Manufacturers and Traders (SMMT).

Ron brings a wealth of experience to The Motor Ombudsman, thanks to a career in the field of consumer protection which has spanned more than four decades. During this time, he has held several senior leadership positions, including CEO of the Chartered Trading Standards Institute, and is currently a Vice President of CTSI. Ron has also represented UK interests on several European enforcement and influencing groups, and has been an adviser to several overseas governments on public protection and market surveillance issues. Ron was awarded an OBE in the 2010 Queen’s birthday Honours List in recognition of his services to consumers and to business.

Ron Gainsford will be responsible for leading The Motor Ombudsman Board, ensuring that it meets its statutory and corporate obligations, whilst also overseeing the effectiveness and impartiality of its decision-making.

Commenting on his appointment, Ron Gainsford OBE, said: “I am very proud to have been given the prestigious role of Chair of the Board of Directors. After having been a member of the Board since the Ombudsman was founded, and Motor Codes prior to that, it was perhaps a natural progression to now lead the team of which I have long been part. I am excited to be embarking on this new chapter in my work with The Motor Ombudsman, and to help the organisation achieve its short and longer-term objectives.”

Mike Hawes, the former Chair of The Motor Ombudsman’s Board of Directors, said: “It has been an honour to chair the Board during a period where the organisation has developed and grown significantly. As we start a new year, I am delighted to be passing the baton to Ron, and have full confidence that he will continue to drive the organisation forward. Given his excellent track record and exceptional leadership qualities, he is the ideal person to be at the helm.”

Bill Fennell, Chief Ombudsman and Managing Director of The Motor Ombudsman, explained: “I am very pleased that Ron accepted the role of Chair, as he brings unrivalled and relevant experience to our organisation, and has been a highly valued member of our Board for many years. It was a unanimous decision to appoint Ron to this position, and I look forward to continuing to work closely with him.”

Bill added: “I would also like to take this opportunity to personally thank Mike Hawes for his unrelenting dedication to the role of Chair.”

For more information on The Motor Ombudsman’s Board of Directors, visit TheMotorOmbudsman.org/motor-ombudsman/team/our-board.