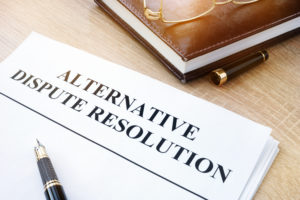 Five years ago, on 9th July, the Alternative Dispute Resolution for Consumer Disputes (Competent Authorities and Information) Regulations 2015 came into force in the UK. To mark this anniversary, The Motor Ombudsman has enhanced its website with the addition of frequently asked questions (FAQs) and tips for consumers and businesses when engaging in ADR. ADR is widely used as a simple and low-cost alternative to settling disputes in the courtroom between an individual and a company, helping to avoid confrontation and to maintain a positive relationship between the two parties.

The new resources on TheMotorOmbudsman.org have been designed to provide dedicated ADR portals for motorists and organisations to answer some of the most common queries on the process, the laws governing it and the key benefits. Key ADR tips have equally been introduced to take into consideration when looking to resolve a complaint using this non-legal route.

The last five years have witnessed several key changes to the sphere of ADR in the automotive sector. Firstly, in 2016, after evolving from Motor Codes, The Motor Ombudsman became the first ever Ombudsman to be established in the motor industry, and brought the entire dispute resolution process in-house, from when a consumer initially makes contact about their complaint, to the delivery of a final decision by an ombudsman. In another first for 2016, a dedicated Motor Industry Code of Practice for both used and new vehicle sales was also launched, adding to The Motor Ombudsman’s existing portfolio covering servicing and repairs, vehicle manufacturers’ warranties and extended warranty agreements.

From July 2015 to June 2020, The Motor Ombudsman, and its predecessor Motor Codes, have responded to in excess of 200,000 contacts from consumers, and have worked on over 18,000 individual cases, with the majority of these resulting from issues relating to the standard of work undertaken by a repairer, and the quality of the vehicle at the time of purchase.

In response to the significant increase in the volume of enquiries and cases during the past half-decade, at a time when awareness of ADR has grown amongst vehicle owners, The Motor Ombudsman has nearly tripled its headcount to ensure it can help as many people as possible. In addition, the organisation now has departments dedicated to each stage of the dispute resolution process, and has invested heavily in its back-office IT infrastructure, case management and data analytics platforms. This allows common trends to be identified in terms of the issues arising in the automotive sector, which can then be fed back to The Motor Ombudsman’s accredited businesses to enhance their own internal processes, and ultimately drive their standards of service and workmanship even higher.

Bill Fennell, Chief Ombudsman and Managing Director of The Motor Ombudsman, said: “To commemorate the first half-decade of the ADR Regulations being in force, we wanted to use the occasion to create dedicated ADR spaces on our website, which are specific to our consumer and businesses audiences, but also to shine the spotlight on ADR’s important role as a cost-effective, fair and impartial channel to resolve disputes in the automotive sector.”

Bill added: “It has been very interesting to delve through the archives and to look back at the last five years to see just how far our organisation has come, and how our service has evolved from being an ADR provider under Motor Codes to our current status as an Ombudsman. It is also satisfying to see that we have helped many hundreds of consumers and businesses to settle their motoring disputes, which may otherwise have ended up in court.”

New ADR FAQs and tips for consumers and businesses: