After initially achieving more than 100,000 article views in October 2019, only 10 months after being launched, The Motor Ombudsman’s online Knowledge Base continued to increase in popularity, and exceeded more than 146,000 views by year-end. The tool, which can be accessed via the green button at the top of every page of TheMotorOmbudsman.org website, was unveiled last January by the automotive dispute resolution provider to make it quicker and easier for motorists to resolve their queries and complaints in relation to buying and running a car prior to raising a case.

Overall, the most frequently consulted article during the year related to whether customers can get a refund of their deposit when buying a new or used car, a question which attracted nearly 7,000 visits during the 12-month period. The second most read piece of information was, “Can I return my car within 14 days of buying it?” (3,979 views), followed by “The garage has not fixed the problem with my vehicle, what can I do?” in the Knowledge Base’s Service and Repair category (gaining 3,812 views).

In addition, between January and December 2019, nearly 48,000 searches were carried out on the Knowledge Base by individuals, with ‘warranty’ proving the most used generic term in the search bar, alongside the words ‘faulty’, ‘recall’ and ‘service’. Consumers also searched for responses in relation to buying a second hand car, and breaking down after eight hours of ownership, and a garage changing the water pump and head gasket on a vehicle, but omitting to replace worn spark plugs.

The September to December period saw the highest number of article views out of any other quarter in 2019, with just over 45,000 recorded, equating to an increase of 22% versus the previous three months. “Can I return my car within 14 days of buying it?” in the New and Used Car Sales category was the most viewed article with 2,651 reads, rising from second place in the previous quarter (i.e. July to September). “Can I get a deposit refund?” was the next most popular subject, with “The garage cannot find an intermittent car fault, what can I do?” (in the Service and Repair section) rising six places versus the last three months to round off the top three most consulted articles.

Completing the top ten for the first time was the question in the Service and Repair category around whether a garage has to be given a customer a courtesy car, achieving nearly 750 views.

In terms of the near 10,500 user searches conducted in the last quarter, these mainly revolved around the generic terms of ‘warranty’, ‘engine’, ‘service’ and ‘deposit’. Other queries related to a car being recalled due to an airbag problem, and a query regarding a garage retaining a customer’s car for a month for an engine replacement. 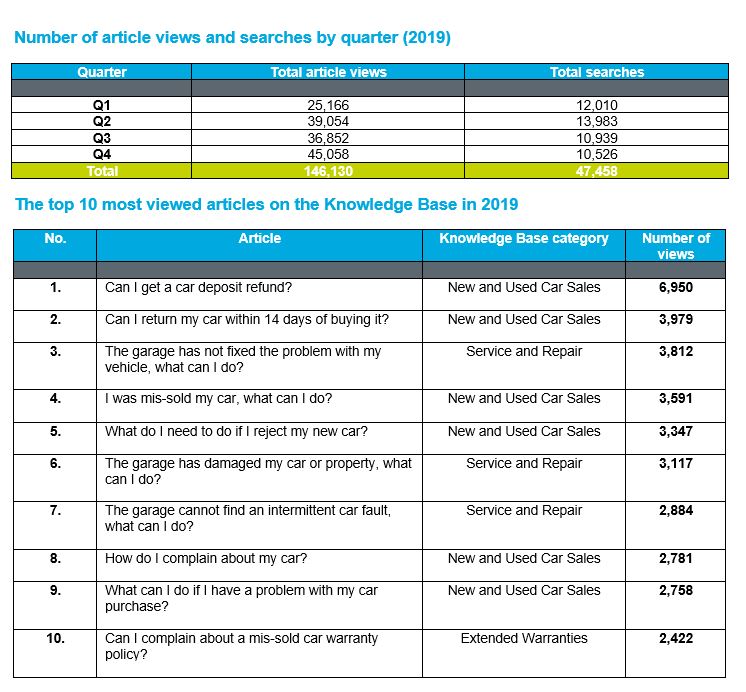 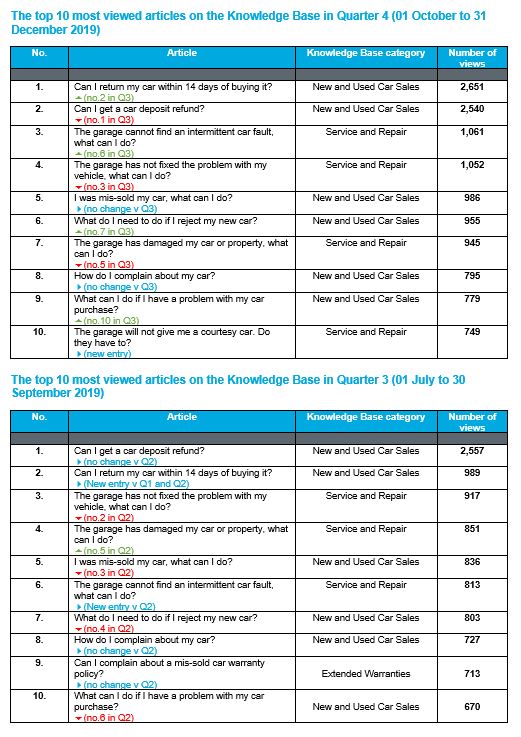 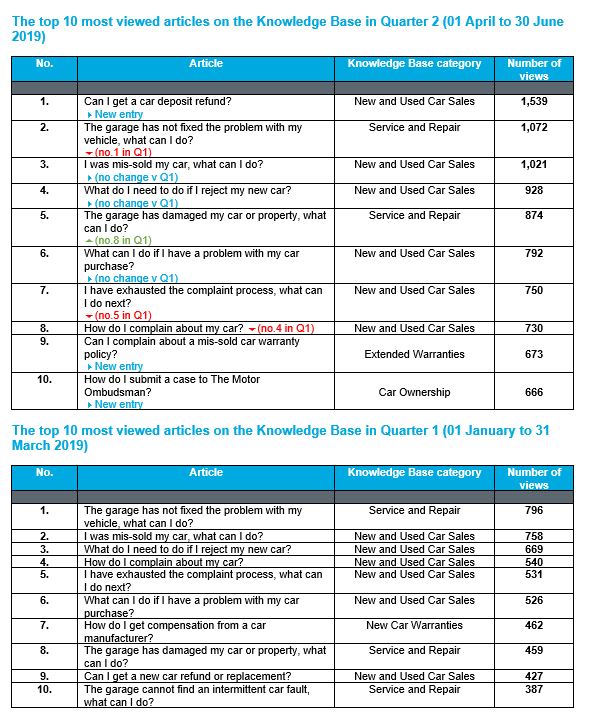