During the third quarter of this year, The Motor Ombudsman’s online Knowledge Base, which has been designed to help consumers answer frequently asked queries on car ownership, vehicle maintenance and dispute resolution, recorded the highest number of article views for a single three-month period in 2020. Between July and September, there were a total of 79,175 views, surpassing the figures seen in the first and second quarters (51,660 and 46,713 respectively). This means that articles on the Knowledge Base have been seen nearly 178,000 times since the start of the decade.

When comparing the third quarter with the second for 2020, there was no change in terms of the top five most read articles, with the subject of “Can I return my car within 14 days of buying it?” in the New and Used Car Sales category once again providing the most popular read with 8,045 views. In fact, since going live at the beginning of 2019, this particular question and answer has been consulted over 19,000 times. The top Service and Repair Q&As related to what people can do if they have experienced a poor MOT, and what the next steps are if a garage has been deemed by a consumer to have damaged their vehicle or property whilst in its care.

Two articles made new entries during the last three months, which were namely around what the Consumer Rights Act 2015 is and how it affects a vehicle purchase, and whether a garage is obliged to give a customer a courtesy car during repair work. The question around what action a consumer is able to take if a garage is taking too long to fix their car was also up a couple of places to seventh, with the subjects of a customer being sold a faulty vehicle, and a garage not fixing an issue with a car rounding off the most read articles in Q3.

Between 01st July and 30th September, more than 23,000 searches were completed by users of the Knowledge Base, which is more than the combined total for the first six months of the year (21,471), reflecting the reference tool’s continued growth in popularity. The most frequently used generic terms in the third quarter were “warranty”, “faulty”, “service”, “deposit” and “fault”. 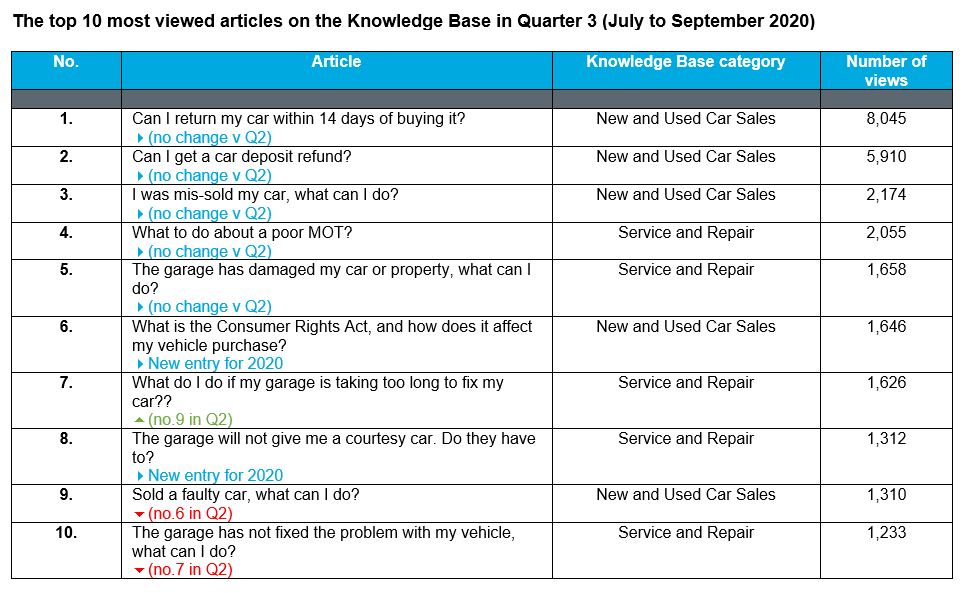 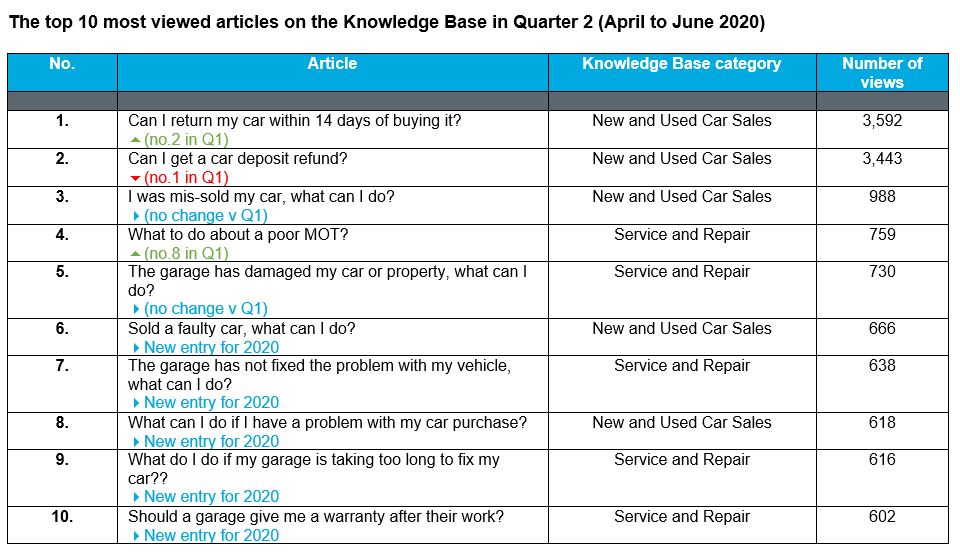 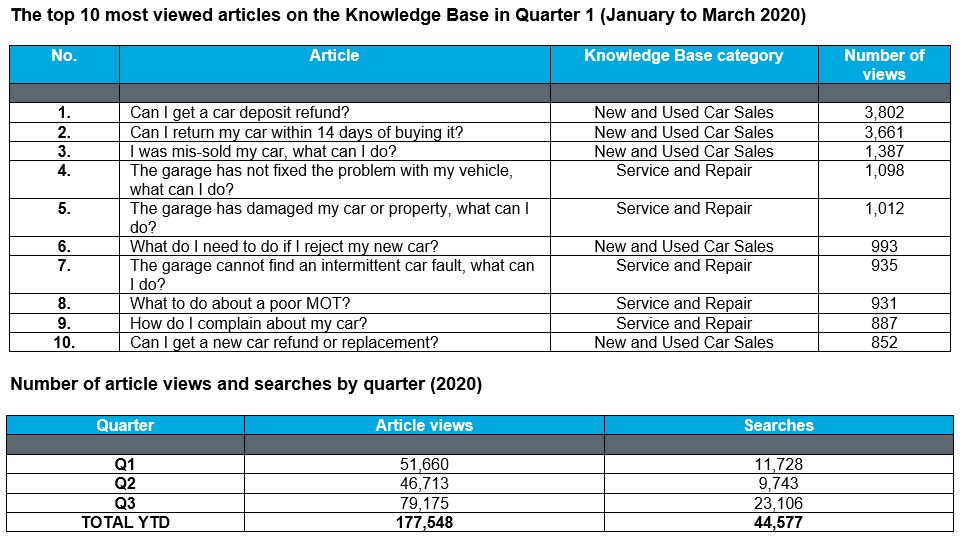